The king says: 'You ought to earn more money, build more shaft towers, and vanquish the opponent!'

Ballerburg SDL is a classical castle combat game for GNU/Linux and other systems that are supported by the SDL library. Two castles, separated by a mountain, try to defeat each other with their cannonballs, either by killing the opponent's king or by weakening the opponent enough so that the king capitulates.

Ballerburg was originally written 1987 by Eckhard Kruse, for the Atari ST machines (which were brand new computers at that point in time). Now, more than 25 years later, here's finally the adaption of the original source code to modern operating systems (thanks to Eckhard Kruse for releasing the source!).

Currently we provide only the source code of Ballerburg SDL, so you've got to compile it on your own:

The current development version can be downloaded via Git (or viewed in the browser): 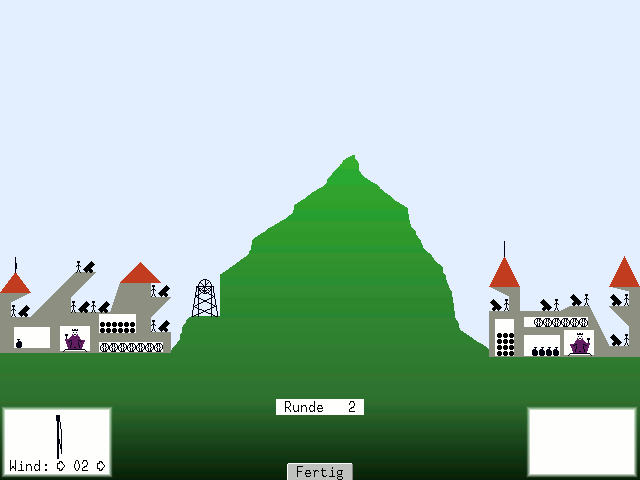 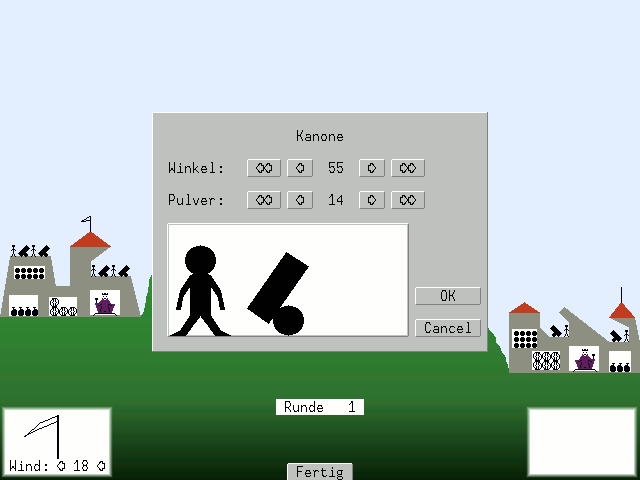